What To Do When Valves Are Lost

What Is Inside The Valve?

Inside the valve is a diaphragm, or rubber plug. When the solenoid receives the signal from the controller, it tells the diaphragm to open, allowing water to flow through the pipes, or close, to shut off the flow of water. Damage to the wiring or solenoid can cause the valves to fail.

Tips On How To Locate Irrigation Valves And Wires:

4. Use A Solenoid Activator/ “Chatter” Locator

5. Use A Valve Locator

The Armada Pro700 TechTracker Wire and Valve Locator is designed for professionals, but homeowners can also use the Pro700 to locate irrigation valves. As well as finding valves, the Pro700 detects damage to underground cables and wires and can help find the depth of a buried wire. The Armada Pro-700 has advanced electronic circuitry to minimize 50-60hz AC noise, producing a clear clean sound that makes it easier to find lost valves.

How To Use The Armada Pro700 To Locate Irrigation Valves And Wires:

2. Test The Batteries To test the batteries, push the red battery test button

3. Install The 9v Battery In The Receiver Turn the Pro700 receiver over to locate the battery compartment

WARNING: When the power is on, NEVER touch the red and black clips connecting the transmitter to the cable

8. The Null Principle- An Absence Of Signal

Note: slack loops of wire, left underground during installation, can cause an increase in signal even if there is no damage to the wires.

11. Finding The Depth Of A Wire

The Armada Pro300 Residential Wire and Valve Locator is ideal for smaller wired systems. Designed for contractors and homeowners who want to find irrigation valves and wiring problems, the Pro300 is easy to use and offers high-performance results.

How To Use The Armada Pro300 Wire To Locate Irrigation Valves And Wires:

1. Install The Batteries In The Transmitter

3. Install The Battery In The Receiver

The Greenlee Model 521A Wire and Valve Locator is designed for superior performance in sprinkler system valve locating. For professionals or homeowners, the Model 521A has proven reliability in finding lost valves, locating damaged underground wires or finding the depth of a wire, even on higher resistance wire paths.

How To Use The Model 521A Valve And Wire Locator

The null may end there, but sometimes there are additional valves along the same wire. Check for a null leading away the area of the valve, to locate any more irrigation valves. If there is more than one hot spot, or irrigation valve location, mark each spot. Go back to the transmitter, and turn it off. Take the black lead from the ground stake. Connect it to the common wire at the controller. Turn the transmitter back on, and turn the selector knob to its highest reading.

With the receiver, go back to the first valve location. Bring the tip of the receiver antenna to touch the ground at the center of the hot spot. Set the sensitivity knob to around mid-scale.

Go to the second spot. Without adjusting the sensitivity knob, touch the antenna to the ground to check the signal strength. Repeat at each hot spot. The strongest signal indicates the valve located on the wire to which the red clip is attached.

1. Finding A Fault Or Break In The Wire

2. Determining Depth Of A Wire

How To Run Sprinkler Wire 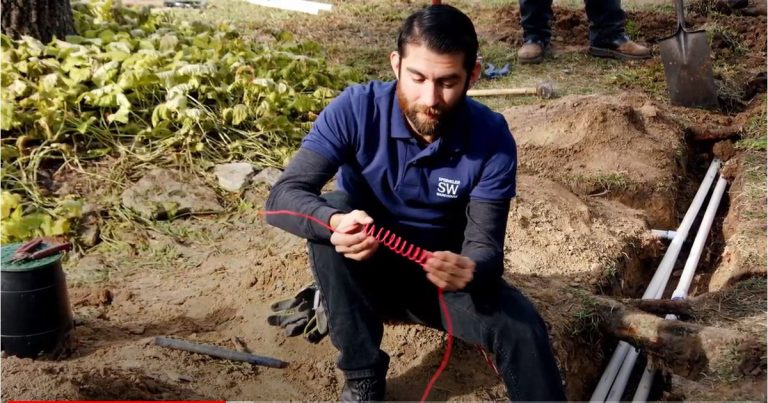 How To Run Sprinkler Wire 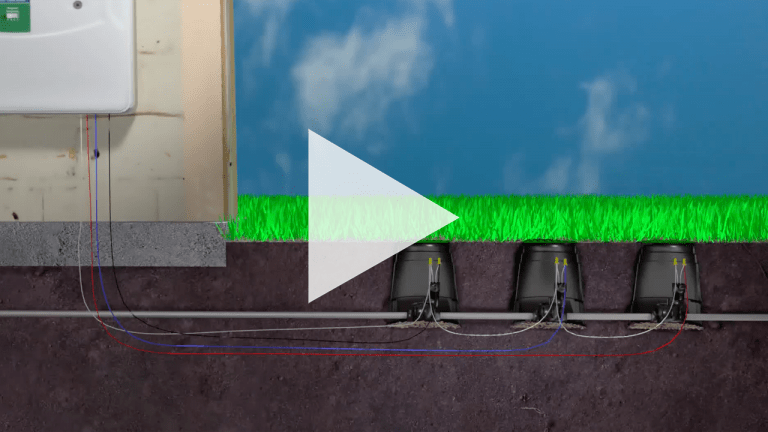 What you need to know about LED Christmas Lights