How To Design & Install A Sprinkler System

The first task is to flag the location of each sprinkler valve according to the sprinkler system design. Using different colored flags for each zone will help simplify the installation. Marking spray will show the exact location of where to dig the trenches. After turning off the water supply, dig up the main water line near the water meter. The reason we’re next to the water meter is we want the most amount of volume and water pressure to feed our sprinkler system.

Tap The Mainline To Run An Irrigation Pipe

So, here we are, where we’ve split off our mainline into our irrigation line. It is a one-inch pipe with a ball valve. Now, the ball valve is there. So, we can turn off the water to our irrigation system while maintaining water flow to the rest of the home.

We also have this valve box that goes over our ball valve. This way, after we fill it in with dirt and need to work on it later, then we’ll be able to remove the lid right here to turn off our water without having to mess around with digging it all out.

Dig The Irrigation Trenches With A Trenching Shovel

Trenching is the most time-consuming and physically demanding part of this job. Do-it-yourselfers you’re going to want to get several friends to help you dig.

Get To Know Your Backflow Prevention Device

As you can see the roots on this property posed a pretty significant challenge. So, what we did is removed the ones that got in the way of our valve wire. Make sure to use schedule 40 PVC pipes between the point of connection and the inlet side of valves.

Alright, this is a premium manifold kit from Sprinkler Warehouse, attached to our valves here. We’re using that in our irrigation system for this home, as opposed to hard piping it in. This is much faster and easier to replace and install. Take it in. Now, you do glue in the premium kit right there, but if you need to replace the valves it’s as easy as this. You dig it up. You unscrew it. You pop out one valve. Bring in another valve. That is a lot quicker than having to glue and cut this entire thing apart in back together if you’re trying to replace or install your valves. Just screw it on and you’re good to go.

You Can Use Schedule 200 PVC When There’s Less Pressure

After the valves, because there’s a lot less water pressure, it’s safe to use class 200 pipe to feed the sprinkler heads. And that can save you a little bit of money. To run the pipe under the driveway we recommend using a water-powered boring kit that we have at Sprinkler Warehouse. What you do is you put a high-pressure nozzle at the end of your class 200 pipe, and you slowly push it in there. And the water pressure pushes the dirt out of the way. Creating a tunnel for the pipe to go through. And then just connect that to the rest of your system.

Swing Joints Allow For Flexibility In Your Sprinkler Install

So, if you were to have your sprinkler head attached to an old-school nipple riser like this and it was to ever get run over by a vehicle or a really heavy riding lawnmower you would probably break your nipple riser. Possibly break your sprinkler head. And even worse, break your PVC pipe. This swing joint right here completely prevents that as it’s flexible and it can move at the joints. And it also makes it easier for adjusting the height of your sprinkler head. Just in case the grass clippings were to change the height of the ground right there. You just dig it up. Put a little dirt underneath it. And swing it up a little bit. And adjust at the joints.

Here we are with our wire. This is a direct burial wire which means we do not have to run a conduit in order to bury this underground. We got three red wires right here for our three valves right over there. We have some obstacles in addition to everything else here in this yard, and I’m standing on one. This sidewalk right here is actually a big obstacle for our wires and our piping. We’ve gone underneath it right here with a conduit and some water pipe as well. We’re going to run our red wires and one common wire through this one piece of PVC pipe to our valves. It will go all the way around to the backyard and to our controller which is inside the garage.

Now what this coil does is adds a little bit of extra protection against power surges. Boom coil. You’re going to do that to all of them. In order to avoid electrical shorts when connecting the direct burial to the valve wires make sure to use waterproof silicone-filled wire connectors.

You will want to overfill your trenches when you’re filling them back in. Otherwise when the soil gets wet and begins to settle it’ll sink down a little bit you want to tamp it down to get a nice and compact that way you don’t leave any signs of trenches in your yard. So, placing a bed of crushed rock under your valves can help with drainage, and provide a nice solid foundation in case anything heavy ever rolls over on top of it.

So, here I am at the eave of the house installing this rain sensor. We want this to be above where the sprinklers are going to be spraying because we obviously don’t want water to get into here. Otherwise, it’s going to turn off our controller.

Now, in order to protect your wires from damage, you don’t want to run it through some PVC conduit from where it comes out of the ground all the way to your smart controller.

Next, we’ll flush the system, and open the test cocks on the backflow device. Bleed the air and make sure to turn the water on very slowly at the backflow preventer to avoid any pipeline damage.

Rain Bird supplied all the sprinklers for this install. Today we’re using Rain Bird Variable Arc Rotary or RVANs, and HE or high-efficiency VAN spray nozzles. Now they all come in a variety of throw distances. Here we have the Rain Bird RVAN adjustable rotary nozzle. These are the RVAN 14, 18, and 24. Those numbers indicate how far these actual nozzles can throw water. So, the 24— is going to shoot 24 feet. The 18 is going to shoot up to 18 feet, and the 14 will spray up to 14 feet. You can adjust it down if you only need to throw it a little bit less than that.

Alright, I just installed the HEVAN 10. Now that’s a spray nozzle that shoots up to 10-feet and can cover an entire 360-degree plane. It’s adjustable down to the angle that you need. We’re in the center of a flower bed here so, we’re going to go full 360, and it’s not quite 10-feet wide, so we’re going to do— maybe about six or seven feet on this.

Setting Up Sprinkler Heads For Different Heights In A Flowerbed

I am in front of two nozzles that are right next to each other. Why would we need two nozzles right next to each other? We’re going to want to water our flower bed every day, except for the days when the yard goes off. When the yard is being watered that’s going to cover the flowerbed as well. And we’re not going to need to have this one running. So, we’re going to use our controller to program it to make sure we get exactly the kind of water we need.

So let’s take a look at this HEVAN 8 right here. Now H E stands for high efficiency. This one is 12 inches high— that way we can go over our flowers, and cover our entire flowerbeds. Then over here— we’re going to put the RVAN 18 in. That is going to shoot at 18 feet to cover both the flowerbed and the rest of the yard, all the grass and everything, too. Let’s get that on here. Just unscrew. Stick it in there. There we go, get that on there. That’s why you have two of them right here.

Adjust The Sprinkler Heads For Proper Precipitation And Coverage

Alright so now we’re going to adjust these sprinkler heads. They might not be pointed in the right direction, and they might be over spraying or have a wide angle. We’re going to try to make that angle just right for this flowerbed. So first, we’re going to adjust it this way. The Rain Bird RVAN and HEVAN nozzle spray patterns and distances are easily adjusted by hand without tools. The rotating stream technology delivers wind-resistant large water droplets without misting or fogging. Also, water usage is reduced by about 33 percent. That is money in your pocket.

Remember Sprinkler Warehouse has everything for your irrigation needs so your trees, lawn, flowerbeds, and gardens are lush and beautiful. If you have any questions remember to speak to one of our superb customer service agents on Sprinkler Warehouse.com. They really know their stuff and they will get you squared away. Subscribe to our YouTube channel for helpful tips tutorials and general sprinkler instruction. I’m Adrian Sanchez your Sprinkler Warehouse Pro. See you later irrigator! 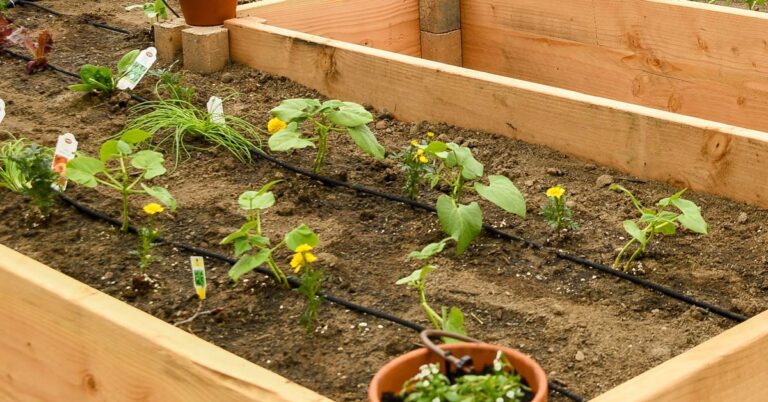 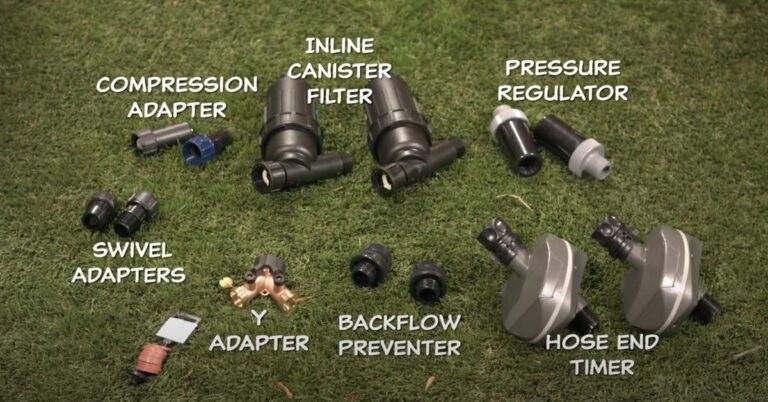 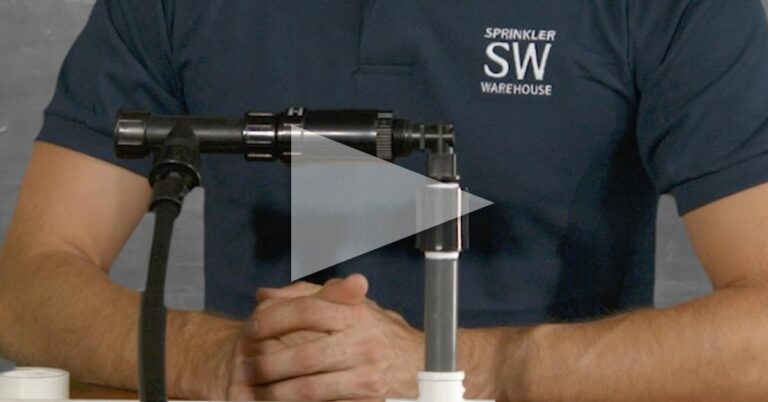 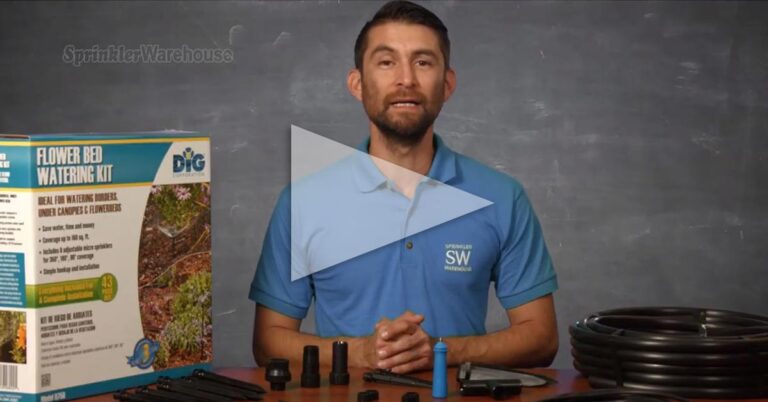